So, I have been gone for a while and I just wanted to put my story out there as to why. I am not one to blog or use social media but in today’s world that will hold you back if you do not learn to adapt.

First off I wanted to talk about the new skill I learned. Just last night I created my first sprite sheet!

It is a very simple design but it helped me get through this slump I have been in and I wanted to share it with the internet just in case it could be useful to someone out there.

Onto my second topic, my current game development situation. I, unfortunately, bit off more than I could chew. I did the exact thing that everyone from the industry said not to and I tried to create something that was way big in scope.

After months of overthinking, redesigning, adding, and removing ideas from my project it became too much for me to handle and I quit working on it.

My wife has been a huge inspiration to me and without her, I would not have been able to get through that weird block type thing that was happening to me. I call it a block but I am not actually sure what was going on. What I would do is think of a mechanic to add to my game, I would work on it for a few weeks but ultimately lack the ability to execute it correctly, scrap the idea, think of a new one, and continue the cycle over and over again.

Well, the time has come for me to start this thing up again with a smaller scope which will be more in tune to the skills I currently have. I am basically Porky Pig right now in the sense of not being able to say a word because of a stutter so instead, I will say something that is close enough.

Thanks for listening to my rambling. Also, thank you for taking the time to drop by 🙂 There isn’t much here but I am changing that going forward. 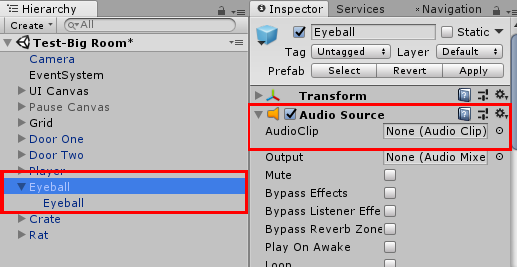 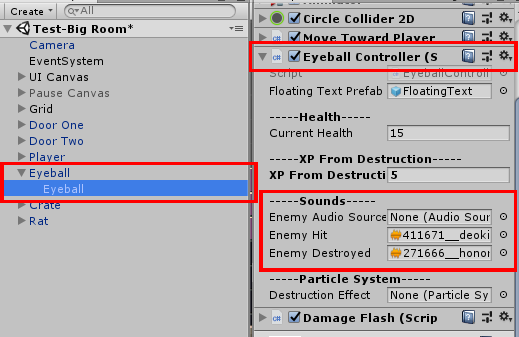 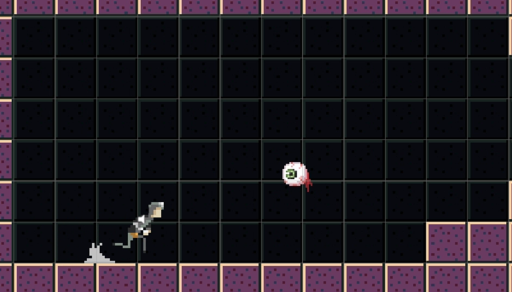 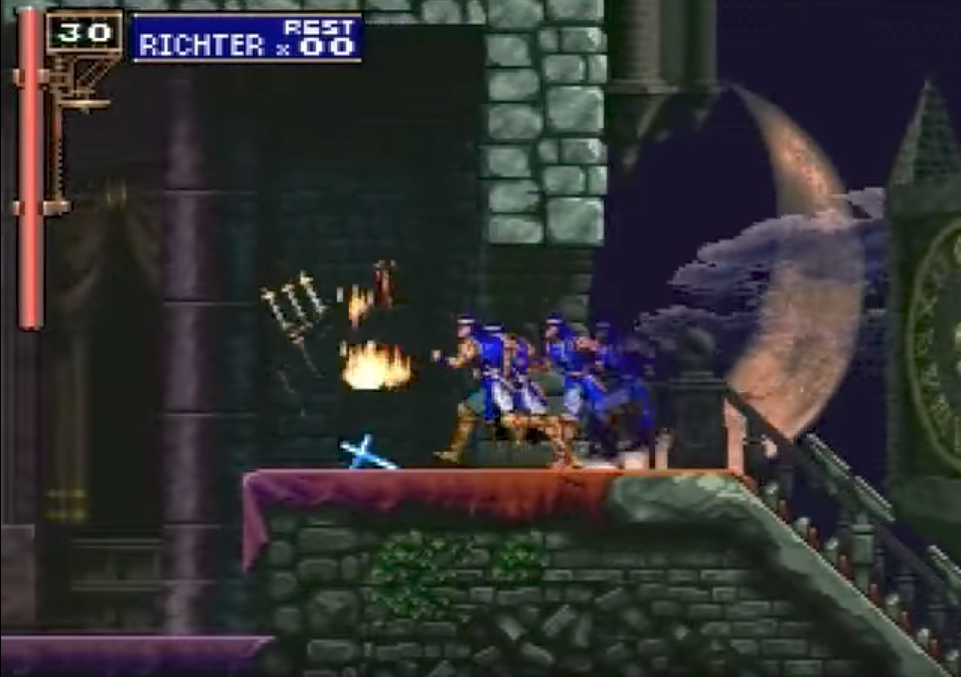 The platform game I am working on is making some progress, though slow. I kind of updated the graphics a little to get a better idea of what I want the visuals to look like.

I added a monster, though he just sits there, who can hurt the player. I would like to eventually have him spawn off the screen and when the player gets into a trigger zone the enemy would start to chase him. I am having an issue figuring out how to switch scenes for the interior house sections. Instead, I did a really messy transition so eventually I will work on that, but for now, I wanted to get the bad guy created.

Let me know what you think in the comments below. If you have a suggestion on how to fix the transitions for the exterior to the interior of the houses, please let me know.

So I made it so the player can take damage from objects that are supposed to hurt him, hurray! I also added a UI element so the player knows he is being hurt. Next up will be maybe some sort of bounce to shoot the player away from the danger or maybe some enemies to mess around with.

I started a new project! It’s in the beginning stages but I think it is coming along pretty great. Tonight I’ll be adding collectibles. Check back for more updates in the future.

I am very new to Blender and integrating it with Unity but I thought I would give it a try. I started to create a mushroom, like in Mario, but somehow it basically turned into the Mad Hatter’s Hat. I am obviously not done with this and I would like to learn how to color the mesh but I think it looks cool so far. 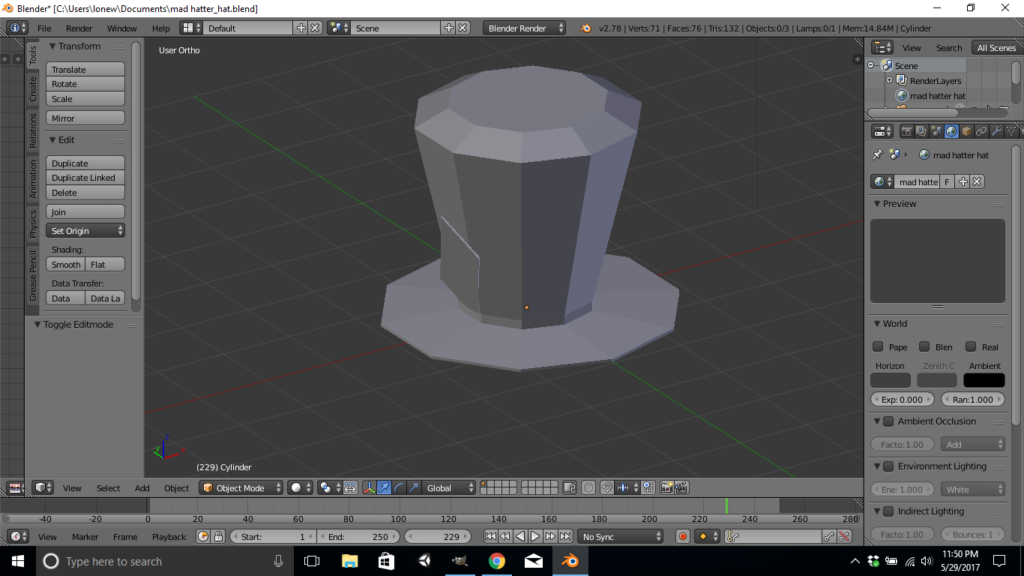 My new project has a working title of Evolveolution. The player will start off in the microbial stage and will eat other microbes until you have gained enough points to evolve. From that stage will be the ocean stage where the player must fight off aquatic creatures while continuing to evolve their body until they are big enough to leave the water….

I am in the early stages of development but I thought I would start uploading some photos of my process. 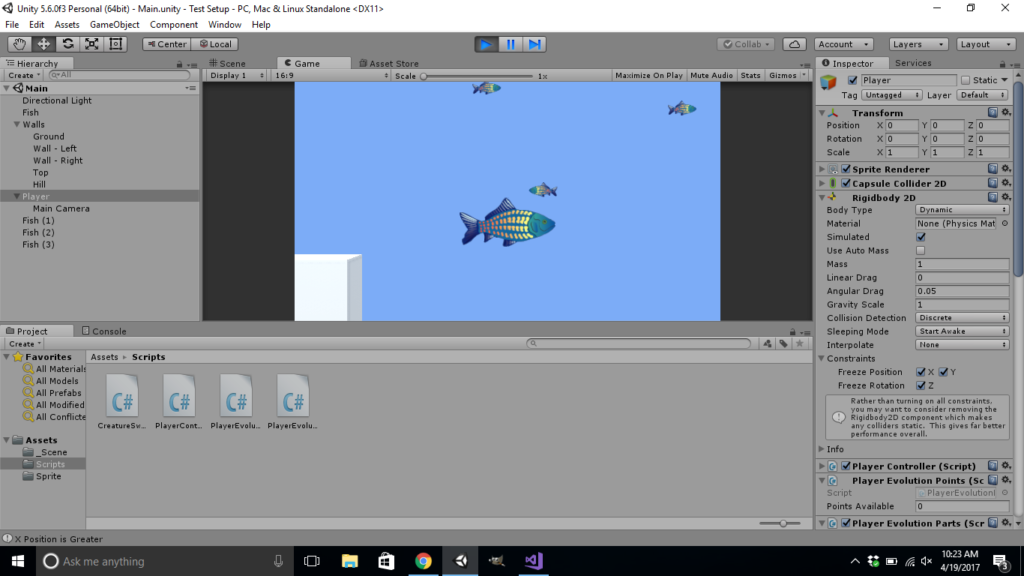 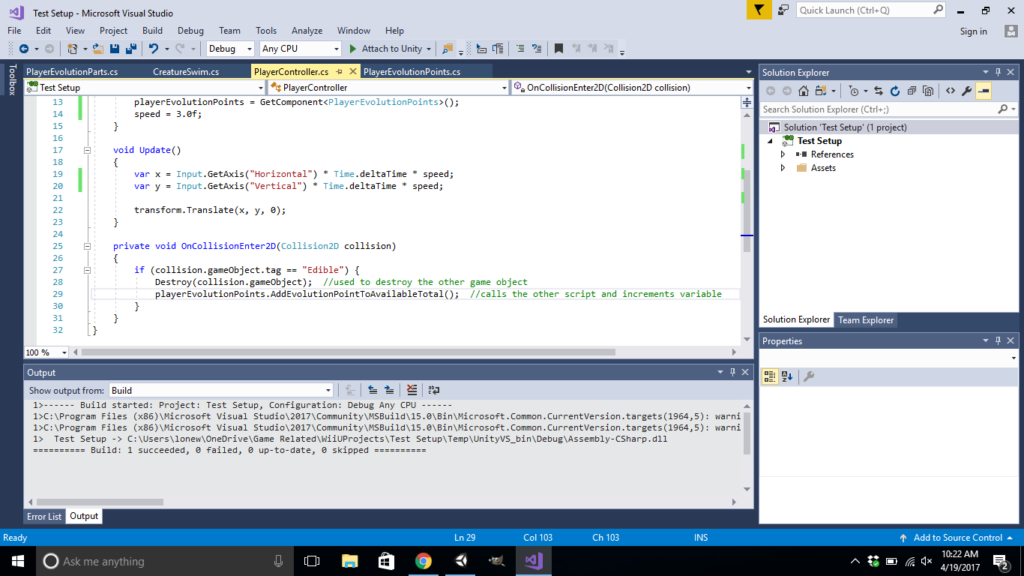 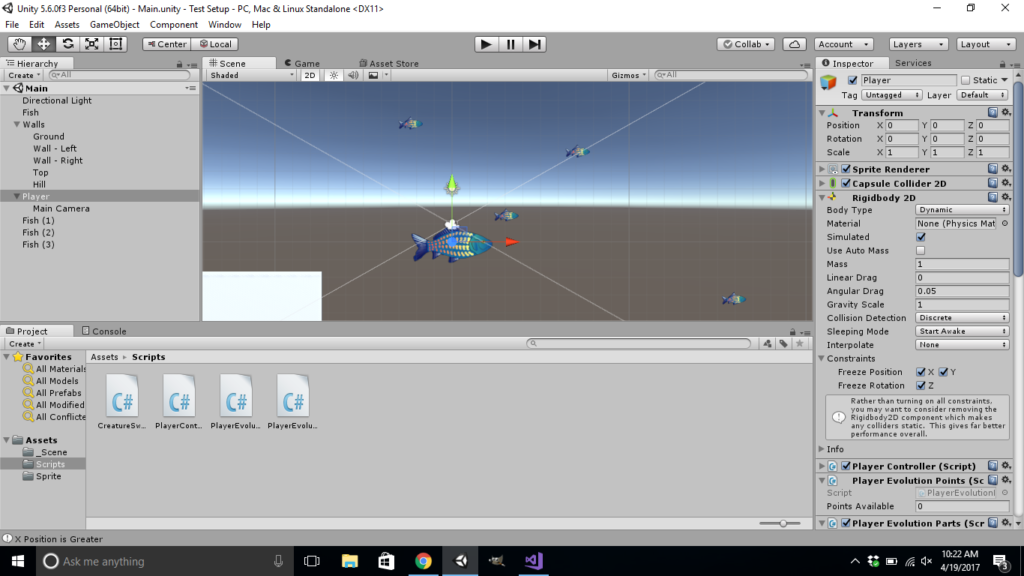